The Worlds Most Powerful
WordPress Builder

If you Purchased & Registered a Slider Revolution License you can comfortably upgrade version 5.x to 6.0 from your WordPress Dashboard.

Activating Slider Revolution with your Personal Purchase Code will unlock all available Features.

*Regular License from $29. One License Key required per Domain.

THE VISUAL EDITOR YOU WANT TO WORK WITH.

THE ANIMATORS DREAM. NOW WITH KEYFRAMES.

LIVE HELP WITHIN THE EDITOR 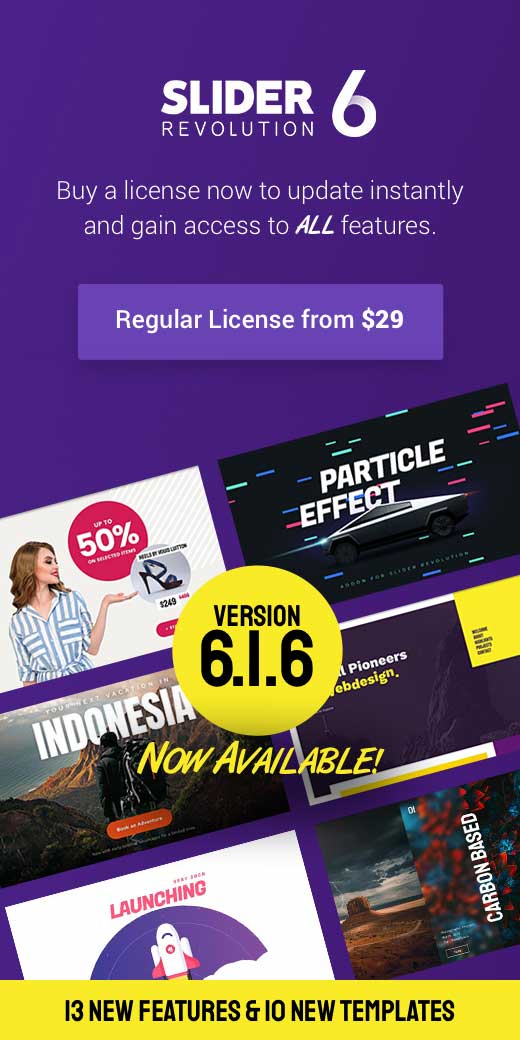